Being a Floridian (kinda)

Ping- pong is how I describe my life to most people.

For the past 3 years my hub and I have been making almost weekly jaunts from Maryland to Florida for his work. We have a lovely home here and I have come to be very comfortable, knowing my way around the west Orlando area and we love exploring “Old Florida” when we are down here over a weekend.

Even after I explain to folks that we (for the most part) are only down here 2-3 days at a time, I can’t get over the number of people who ask me, “You drive that every week?” I look at them  (and try not to roll my eyes), because c’mon folks… it’s a 19 -hour drive each way.

Like I said, for the most part we are down here just a few days at a time since we have the care of my 95 year old mother in law on the weekends. But we do try to spend a weekend down here every couple of months and I have spent 10 days down here twice this year so far. Once in the winter (heaven) and I am here right now (hot as hades). I would say the other “h” word but my hub would get mad. But it is that and much more.

Since I have given Florida a fair shake (that’s southern for been here for a while) I have come to the following observations/conclusions:

They officially bumped Pennsylvania off the top of my list when I drove my belongings down here the first time. I have thought long and hard about this, trying to figure out why they are so terrible. This is my theory: In our area of Orlando, near the House of the Mouse, there are thousands and thousands of tourists everyday on the roads. I think that the native Floridians nerves are shot between so many blue hair drivers, silver alerts and all the tourists trying to figure out the routes to the different parks that they just go 80 miles an hour to get away from them as fast as possible. Add to that the very dangerous pattern of weaving in between cars with narrow margins and it’s the Gator Autobahn. Seriously, it’s unnerving. Don’t even get me started on the construction on I4 and the plethora of tolls. Driving nightmare. (I would say the “h” word, but again, my hub.) But it is that and much more. 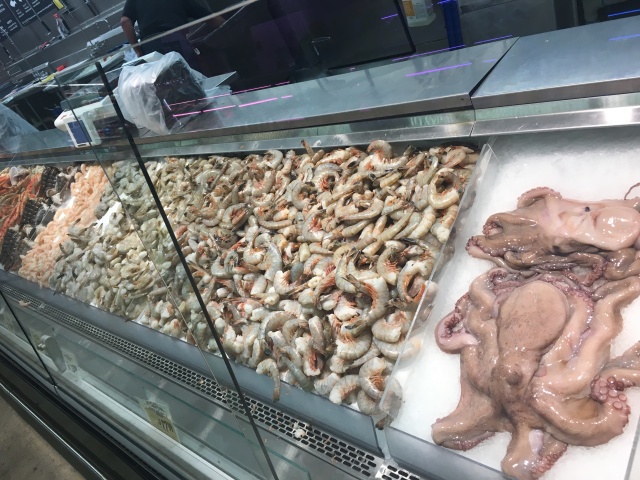 THIS IS NOT FLORIDA. THIS IS FT WORTH, TEXAS. A LONG WAY FROM OCEAN.

Which brings me to: 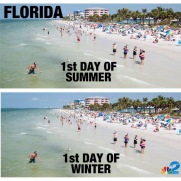 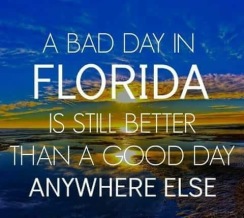 It’s a closed group and they might have to confirm that you belong there. I mean, you have to at least be living the ping -pong life or be a Floridian, (kinda.)

This entry was posted in Faraway, Food. Bookmark the permalink.