Let’s finish our conversation from the last post on the topic of women’s friendships.  Most women agree that having a group of friends or even one close friend increases the quality of our lives. At the very least, she gives us someone to call when we need a dinner idea, someone to complain about the injustices of this life (Why did Downton Abbey have to kill off everyone’s favorite character?) and who will meet us at 5am for Black Friday shopping.

(Side Note: If you are not a Downton Abbey fan yet, run, don’t walk, to PBS and start watching the first 3 seasons so that when January rolls around and the whole world of American social media explodes with DA talk, you will not be left behind! It’s such a worthy show…. just looking out for you, friend!)

Face it, there is so much of a woman’s life that men have no frame of reference to understand. Ever tried to talk to a man about highlights and lowlights? Do it for fun one day…I know…let’s ALL do it and write the results in the comments section of this blog post…THAT would be some good reading!  And when we say we don’t have anything to wear, despite a closet of clothes, we don’t mean that literally.

I think that most women yearn for the kind of friends who gets them. Someone to share our day to day struggles, know who Stacey and Clinton are without explanation, and understand that our deep need for chocolate is not a choice…it’s chemistry!

All of the things I’ve mentioned so far about friendship might sound superficial at first, but that is how the foundation for the deeper stuff of relationships is built. We want friends who love us unconditionally, forgive quickly and always show up when we need them most.  By the time you reach the half time of life, many friendships have been built on shared experiences, either through childrearing or the work place.  The problem with this is that these are the variables of life, not the constants.  I wish there was an easy formula for how to make friends.  You know A + B = C.

While there’s probably not a guaranteed formula for making friends, here’s some thoughts about what I think works well at any age:

5 Ways to Grow a Friendship at Any Age

1. Seek friends who have the same core values. Not the same age, same race, same income, same marital status. Same core values.  This makes the foundation for a deep friendship possible.  Without it, you’ll be hard pressed to get into the real stuff of life with any common understanding. I have friends from a lot of different backgrounds, faith practices and life experiences.  I love them all…but the depth of friendship I have with them goes deeper the closer their core values mirror mine.  (There’s probably a math principle for this…..I just say “duh”.)

2. Take the risk of being vulnerable.  Don’t be embarrassed if you feel you don’t have any friends. I think a lot of women feel defeated before they even start the process of looking for a friend. Negative self- talk can keep you from taking those first steps in making friends. Even if you get rejected, it’s not always personal…that person may already have a full life and feels over extended. Put your big girl pants on and keep looking. I know a gal who left life as she had known it-the place she had raised her family with a group of life long friends, and moved to a completely new town, several hours away to go back to school and start a new path for the second part of her life.  That is scary stuff. She left all the people who had seen her kids grow up and moved away to a place where she was the new kid on the block. (She’s a Flake—see below.) How did she handle it?  She said “I have opened my heart to new friendships.”  That’s how it’s done.

3. Get involved in activities.  Turn off the TV, the computer and for heaven’s sake, Candy Crush! Get out of the house and you’ll find that other people are looking to make friends too. Look around at work, at your church, in your neighborhood, at the Zumba dance class… anywhere you are investing your time away from home is a good place to start looking for friends. My sisters are a part of a group of friends called The Flakes. One of the husbands gave them this name because most of them are blonde and he referred to them as “the Frosted Flakes”. They shortened it to just “The Flakes”. This group of 10 gals met during their kid’s school age years and they locked arms and lived the past 20+ years together as sista-friends. They are an amazing collection of women and such a great source of stories that I will write about them often in the future.  And it all started because they got involved with the activities surrounding their kid’s schooling, realized that they shared core values and became vulnerable with each other. BAM! 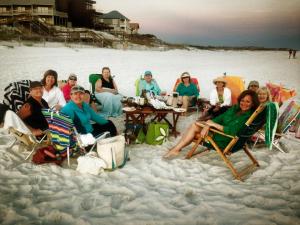 4. Don’t assume that if someone has a friend that you can’t be their friend too. You’re not in middle school. Likewise, don’t expect too much too soon. Start as acquaintances, slowly and as trust builds, allow yourself to become more honest and open, sharing both your struggles and strong points. Give grace for misunderstandings, like missed lunch dates or sharp words. You will probably need some measure of grace too as the friendship grows! Wisdom from Jane Austen (who knew women and taught us to know ourselves!):

“She felt that she could so much more depend upon the sincerity of those who sometimes looked or said a careless or a hasty thing, than of those whose presence of mind never varied, whose tongue never slipped.”

5. Commit yourself to the friendship. Offer this new relationship your most valuable commodity: TIME.  When you have identified a potential friend, call them and make a lunch date. Text them a couple of times a week to see how their week is going (in a non-stalkerish way, of course!), meet for a walk, or offer to help with a project they are working on.  Dale Carnegie said, “You can make more friends in two months by becoming interested in other people than you can in two years by trying to get other people interested in you.”  Great friendships don’t happen in a day, a week or a month- but it takes those to build one. 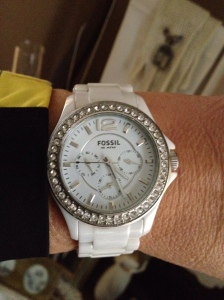 I’m hoping that someone who reads this will have the courage to make those first steps to start a friendship.

It might be the start to one of the best parts of your life!

This entry was posted in Friendship, Midlife Maze, Uncategorized. Bookmark the permalink.